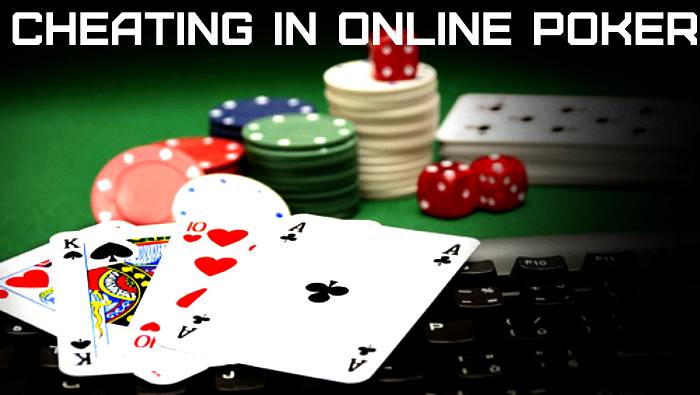 Cheating in Online Poker: How to Spot a Superuser

I’m sure many of you have heard about the Absolute Poker and subsequent Ultimate Bet superuser scandals. But, for those of you who haven’t, I’ll throw out a quick recap for you.

Essentially, it all started in August 2007 at Absolute Poker. A player named POTRIPPER won a $1000 buy-in tournament despite making an insane number of aggressive and dubious plays. His opponent felt something was amiss after his loss and asked Absolute Poker to look into it. The AP team said there was no evidence of cheating, and sent the player a tournament hand history as a consolation.

In the video, POTRIPPER’s cheating couldn’t be more obvious. He only folds when someone after him has a much better hand, and he constantly stays in with garbage and either value bets marginal hands or bluffs opponents by knowing they have weak hands.

Anyways, this video as well as the work of some dedicated twoplustwo.com forum members caused the story to break wide open. Numerous cheating accounts were traced to Scott Tom, co-founder of Absolute Poker, and the POTRIPPER account is believed to belong to Tom’s best friend, AJ Green, former Vice President of Operations of Absolute Poker. For more on the investigation.

But now, the important question, how did they do it?

In POTRIPPER’s entire tournament (except for the first two hands when he folded pre-flop) there was an observer named #363 who followed him from table to table and observed POTRIPPER until the end of the tournament. It was discovered the #363 was a superuser, an account that used back-end access to Absolute Poker’s software to let it view the hole cards of every player at the table.

POTRIPPER and #363 were both traced back to the Absolute Poker headquarters in Costa Rica, with POTRIPPER attached to AJ Green and #363 belonging to Scott Tom. It is uncertain who actually did what, but we can be certain that POTRIPPER had access to all players’ hole card information, giving him an unbelievable advantage.

The scandal shutdown superuser activity on Absolute Poker, but unfortunately, that wouldn’t be the last we heard of superusers.

About 6 months after the Absolute Poker scandal, another player at Ultimate Bet named NioNio earned insane profits thanks to a snippet of software code that allowed him to see his opponents’ hole cards. Coincidence? I think not.

Ultimate Bet is owned and operated by Tokwiro Enterprises, a company that owns and runs only one other online poker room, Absolute Poker. Ultimate Bet claims that the cheating was done by software engineers of the previous owners of Ultimate Bet, Excapsa Software. That excuse might fly if this was an isolated instance, but with the Absolute Poker scandal still looming, Tokwiro reeks of dead fish

In the lead-up to both of these scandals, both Absolute Poker and Ultimate Bet denied all charges and did an extremely poor job of policing themselves, forcing player to do all the legwork of tracking down cheaters. Only after undeniable proof had been presented did either site start apologizing.

Now Tokwiro is merging together Absolute Poker and Ultimate Bet to form a new poker room called CEREUS. They claim that this is to allow for a larger play environment and all the features that come with it, but to me, it just looks like they’re trying to hide away the dirtied names of Absolute Poker and Ultimate Bet and try to bury the past. This seems like another shady move by Tokwiro, so I wouldn’t be quick to trust CEREUS.

We’ve established that poker rooms don’t do the best job of policing themselves for superusers, so you may have to spot them yourself, especially if you’re a high stakes player.

How to Spot a Superuser

The biggest giveaway for superusers is that they raise on tons of hands pre-flop, and still manage to win a lot of them. Below is a scatter plot made by twoplustwo.com forum member, Nat Arem. It shows the relation between percentage of hands played (y-axis) and Big Bets won for every 100 hands. The red dot in the upper right-hand corner shows one of the cheating accounts from Absolute Poker, over 15 standards of deviation above the rest of the pack.

The plot took nearly 6,000 players and the cheating account leads all of them in looseness and profit. The player played about 92% of hands and made about 480 Big Bets for every hundred hands. On limits of $50/$100, assuming 80 hands/hr, that’s about $38,400/hr. Unbelievable.

These players never fall for bluffs, and frequently make value bets on the river with such all-star hands as ten-high, so long as their opponent can’t beat it. If you see a player making these kinds of suspicious plays, use PokerTracker, to track how much they’re earning. This is how the Absolute Poker and Ultimate Bet cheaters were caught, and the only way to make sure this thing doesn’t happen again is continued vigilance on our par.

And remember, watch out for CEREUS poker. Wait for them to become reputable before putting any money in.