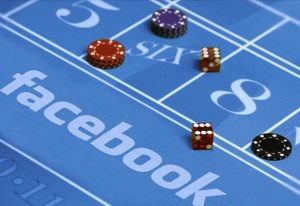 A little more than a week ago, Facebook announced that it would now allow online gambling advertisements to appear within its pages. The sudden about-face in Facebook policy – pun intended – shocked some. Others (myself included), were less surprised. Why? Because, in short, money talks. And I hate to be cynical here, but just about everyone has a price, social networks included.
In the same way that Google proclaimed it would not provide its services to Chinese citizens so long as their government censored search results, and then revised its stance when financial push came to shove, so too did Facebook condemn online gambling from the nebulous moral heights of its economically stable soapbox, only to jump off said soapbox and come back down to earth as soon as it started to rain.
Whereas facebook previously banned not only online gambling advertisements, but those of live casinos as well, the top of the pops social site will now permit online gambling ads so long as they comply with two simple rules:

1)  marketing materials may not target U.S. players
2)  facebook consent must be granted.

The former is not surprising, given that online gambling is not currently legal in the U.S. The latter simply means that ads for gambling-related activities cannot be purchased through self-service advertising tools. Instead, they must be purchased via direct sales.
In addition to the above, it's interesting to note that the minimum expenditure for even the smallest facebook gambling ad space is $30,000. If you're a gambling operator who got excited by the opening lines of this article, looks like you'll have to cool your jets. That is, unless you have a private investor with very deep pockets or are a top brand the likes of 888 or bwin.party.
Which brings me back to my previous point. It's all about the Benjamins. Show you the proof, you say? Okay. Consider this.
Back in August, research conducted by GlobalWebIndex showed steep declines in usage within facebook's biggest markets for activities like messaging, app installation, content sharing and status updates. According to the report, messaging friends via facebook's U.S. platform dropped 15% in July compared to June, and participation in the “joined a group” activity dropped by 10% in the same period.
Though the report indicated that facebook usage continued to grow worldwide, those markets wherein facebook first caught fire – namely, the U.S., U.K. and Canada – showed their first decline since the site's launch.
“Time has wearied users of Facebook,” said the report.
Want more evidence? Try this on.
Privco, The Private Company Financial Data Authority, reported earlier this month that facebook missed its own financial forecasts for 2011 by $500 million dollars, or 25%. As a result, Privco reduced its own estimate of facebook's total 2011 revenue growth to 69% (from prior projections of more than 100% that were internally leaked by facebook).
Given that one of facebook's primary revenue streams is online ad sales – alongside third-party partnerships, data sharing, coupon e-commerce and virtual currency (i.e. facebook credits) – it makes sense that its owners would reconsider their hard line anti-gambling stance. They've got a 500 million dollar gap to fill, and what better way to do it than to get in the online gambling game.
I'm not saying that I want facebook to amend its new online gambling ad policy. On the contrary, I say live and let live when it comes to all things market-driven. Just as surely as the pendulum swings left, it swings back to right, and left again.
In short, people enjoy gambling and its activities turn profits that can save companies, encourage economies, and create jobs. There are those that overdo it, yes. But there are also those that overeat, and you don't see McDonald's taking Big Macs off the menu.
What I'd really like is for facebook and other profit-driven companies to pull the mask of social consciousness off and just admit that everything they do is for the sake of the almighty dollar. Gambling generates revenue, and in my perhaps less-than-humble view, that's nothing to be ashamed of.