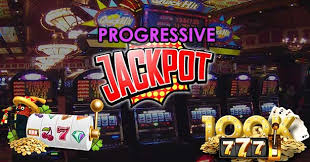 In honor of the current Beach Life slots progressive jackpot, which now stands at an almost unbelievable $5.8 million USD, we thought we'd look back at some of the online gambling world's biggest progressive jackpots and their winners.

The biggest progressives have most often resulted from slot games, wherein a portion of all bets placed on a selected slot at several networked casinos contributes to the jackpot total. Additionally, the larger the game's seed (baseline jackpot amount that is set by the casino network), the larger the potential jackpot. With a starting seed of $1 million USD, Mega Moolah is the largest progressive slot online.

The below represent three of the largest and one of the most recent million dollar progressive jackpots ever won. The player that claims the current Beach Life progressive jackpot will surely be on our next list. Could it be you?

Less than a month ago, a lucky player from Chile hit the $1.4 million jackpot while playing the Fantastic Four online slots game at Titan Casino. Though the sum of his win is amazing, even more amazing is the fact that the jackpot was won while using the auto-spin feature, which requires players do nothing more than watch – versus actually click on the “spin” button – to play. Better still, the player won on a single spin.

The Fantastic Four progressive is one of several Marvel Ultimate Power Jackpot games created by Playtech software. Others include Iron Man 2, The Incredible Hulk, Blade and Elektra. Titan Casino, wherein the winning player claimed his prize, hosts a total of 18 jackpots that are networked across all Euro Partners online casinos (the same network now hosting the above mentioned Beach Life progressive jackpot).

On December 2 of 2009, a player in the UK won $4.9 million playing the Gold Mega Jackpot game, Mega Fortune Wheel at Party Casino. The player was betting $45 per spin (steep, even by high-roller standards). Fortunately for him, the big bets paid off. He took home a cool $4,9 million.

This wasn't the first time the player had hit the jackpot. Never, however, had his wins been this big.

In his own words: “I was so shocked when I won the jackpot and the news still really hasn't sunk in. I have to say I had my eye on the big jackpot but I really don't play aiming for them, I play for fun. I have won $50,000 and $100,000 jackpots before but nothing on this scale. It is unbelievable that one spin has given me nearly $5 million.”

When asked what he planned to do with the money, he said he wasn't sure.

The second-largest online progressive jackpot ever won was $5.5 million. It was taken home in April of 2008, by a Finnish player named Klaus, who struck the jackpot spinning 50 cent bets on Mega Moolah.

At the time, it was the biggest online jackpot ever hit, and in addition to becoming a millionaire, Klaus became an overnight superstar. He was flown to Australia to make a series of videos and interviews representing both the casino and the game at which he won.

The biggest of the progressive jackpots ever won (at least, that we know of) was a staggering €6.3 million. The win occurred in May of 2009, when a Greek player hit the jackpot playing Mega Moolah, which was now in line to become the most popular progressive slot online.

Prior to this and the above mentioned win, Microgaming's Major Millions was the biggest progressive slot on the internet gambling scene. The biggest jackpot wins typically hovered between $2 to $4 million, and though impressive, were peanuts compared to the frequency and size of the Mega Moolah jackpot.