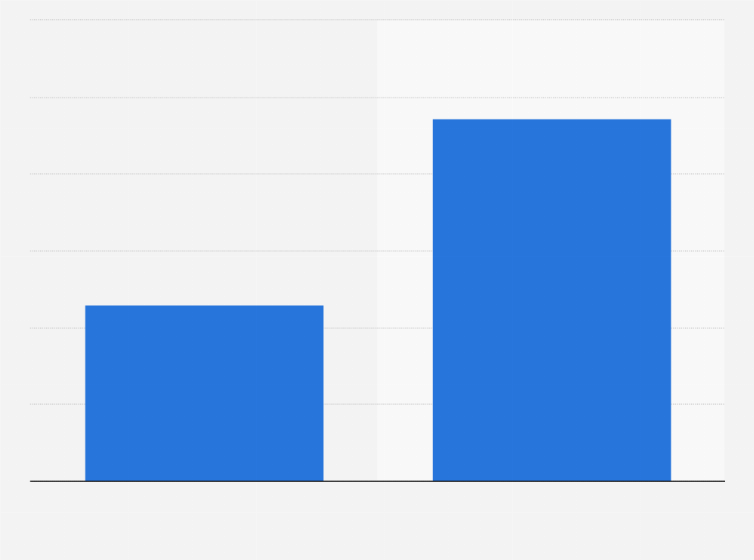 Identifying the exact moment when online gambling went from underground activity for the addicted to mainstream hobby for the everyman is next to impossible. Like all endeavors, the web and gambling have seen their share of advances and retreats. But one could say, with near certainty, that May 23rd 2003 had something to do with it. That was the day that an unknown 27-year-old accountant from Nashville, Kentucky took home poker's most coveted title, World Series Of Poker (WSOP) Main Event Champ.
His name was Chris Moneymaker, and his win, which saw him outplay 839 competitors – among them, Phil Ivey, one of the game's most skillful and ruthless players – set off a firestorm in the poker community and the world at large. That firestorm became known as “the Moneymaker effect,” and no single event before or since has affected online gambling trends quite like it did.
Following Moneymaker's victory, interest in poker skyrocketed. The path to professional poker appeared to be a road that next to anyone could travel. No need to fly to Vegas or Monaco. No need to quit your job and tour the world playing tournaments on your own dime. No need to don a James Bond tux and hit the felt in the VIP room. Chris Moneymaker's 2003 WSOP win proved that one need only an internet connection, commitment and a few bucks to have a go at going pro. Of course, these things don't guarantee a win like Moneymaker's, but they at least mean one can participate.

So what made the “Moneymaker Effect” possible…exactly?

To be sure, Chris Moneymaker's WSOP win wasn't the only thing to positively affect online gambling trends. A lot of other factors have influenced (and are still influencing) the proliferation of not just online poker, but online gambling in general. These include the public's access to and familiarity with internet technology, new approaches to online gambling laws, the emergence of new player groups and the intelligent marketing and integration of online betting, among others.

But before we get into all that, let's look at the basic numbers. Much speculation surrounds the latter aspects of online gambling's popularity, but the cold, hard stats don't lie.

Online Gambling Growth by the Numbers

The below chart (Chart 1) shows real and projected offline and online gambling growth from 2003 to the end of 2012. Though online gambling remains a relatively small part of the worldwide betting market – it accounted for only 8% of total value in 2009 – its growth percentage continues to rise while that of offline gambling declines. H2 Gambling Capital, a gaming consultancy group, anticipates a 13% annual online gambling growth rate, with revenues rising to $36 billion by the end of 2012 (see above Chart 2).
Chart 1: Gross Offline and Online Gambling Growth 2003 – 2012
Chart 2: Global Online Gambling Gross Gaming Yield (in USD billion)

Online Gambling is Not a New Concept

All of the above suggests that online gambling shot from zero to sixty with a single turn of the ignition. In fact, the opposite is true. History suggests that man's inclination towards gambling has been around for at least as long as he could write – archaeologists found a 5,000-year-old pair of dice while excavating a bronze-age city in Iran – and possibly before. Internet penetration only made the gambling instinct easier to satisfy.
The first suggestion that technology be combined with betting was put forth by Donald Davies, a British computer scientist, in 1965. Thirty years later, in the mid-1990's, the first websites offering sports betting and casino games appeared. Online poker followed shortly thereafter. Paradise Poker opened its virtual doors in 1999, with PokerStars and PartyPoker right behind. In 2005, the latter became one of the first online gambling companies to go public when it listed on the London Stock Exchange. By 2010, it was estimated that more than 2,300 gambling websites existed.

The sudden surge in the popularity of online gambling has left government's struggling to keep up, both in terms of determining its legality and, where it is deemed acceptable, finding a means of regulating it.
But while legislators argue over the morality and economics of online gambling, players continue to bet. Government bans on internet gambling have worked about as well as prohibitions on other online content and real-life predilections (consider, for example, prohibited facebook pages that incited government oustings in Africa and the Middle East in 2011 and the prohibition of alcohol in the U.S. in the early 20th century). In short, people find a way around obstacles that get in the way of what they want.
To circumvent the nebulous terrain of online gambling's legality and taxability, many websites have taken their business offshore. The world's gambling centers are no longer limited to Vegas and Macau. They now include Gibraltar, Antigua, Alderney, and Malta, all of whom boast tax systems favorable to web-based gambling businesses. Two of Britain's biggest bookmakers, Ladbrokes and William Hill, base their operations in Gibraltar, where they pay a 2% tax on profits instead of the 15% that Britain demands.
The advent and prominence of these offshore gambling centers have both clarified and muddied the waters that comprise the legal online gambling debate. They allow players to continue enjoying their favorite gambles, but they also make it difficult, if not impossible, to distill which laws in which countries apply to which parts of any given website's legitimacy.

Gambling “Branding” & The Emergence of New Types of Players

But the question of what makes online gambling so seductive to players remains. The answer, of course, is as multi-faceted as the question. The proliferation of easy internet access is a catalyst, but without permissive social mores, economic factors and the human instinct towards risk, its influence would be mute.
Social factors aside, the most notable contributors to the growth in online gambling are intelligent branding and the integration of new player groups.

Today's most popular forms of remote gambling are traditional casino games, wagering and poker variations. A recent article posted by Viaden Gaming put the market share of wagering at 37%, casino games at 22% and poker at 18%, with bingo, skill games and lotteries comprising the remaining 23% (see Chart 3). The uptick in online gambling has affected several offline gambles, most notably horse racing, but appears to benefit others, like lotteries and slots.

Slot machine developers have been quick to respond to this shift, and have done so by introducing games that satiate players' desire for speed, entertainment and interactivity. International Gaming Technology (IGT), one of the world's leading manufacturers of gaming machines, says its “Sex and the City” slot machine takes in as much as five times the earnings of the average slot machine. Launched in 2009, it depicts strappy shoes, diamonds and chocolates on its reels, and shows video clips during spins. IGT has plans for an “American Idol” slot machine wherein bettors view contestant performances while playing and vote on their favorite by pressing a button. Both of these games represent a shift towards what many are calling “community-based” slots that are designed to appeal to the facebook generation.

While the above are examples of live versus online slot machines, their introduction speaks to the changing nature of gambling and the public's relationship with it. Online gambling companies are taking note of this change. Playtech, a top software developer for gambling websites, launched a series of online slots based on iconic Marvel Comics characters like Iron Man and the Incredible Hulk. Their crisp graphics, pop culture themes and emphasis on player participation – they feature scatter cards and side games wherein player's make choices as to which animations appear – turned them into instant hits.

The shift in how gambling is packaged is closely related to another shift; namely, that of new and emerging player “groups” who, until recently, were a share of the global online gambling market that had yet to be tapped.

While early online gambling trends showed young men aged 25 to 35 to be the prototypical player, today's statistics suggest that online gambling is gaining traction among women and those over age sixty. In 2009, GP Bullhound predicted that women represented more than 40% of all global online players. After conducting their study, it turned out the research group was right. They found that a full 43% of online gamblers were women.

Additional studies have addressed the playing habits unique to age group and gender. Women, for example, typically play longer sessions at lower stakes, while men play more often and bet more, but for shorter intervals. Most women surveyed say they play for relaxation, while men say they play for excitement.

The rapidly increasing popularity of online bingo reflects both this change in online gambling demographics and the earlier mentioned demand for “social community.” The bigger the role women play in the growth of online gambling, the more varied the types of games the industry offers. As to which came first – female and older players or the targeting of these untapped markets – it's a question of the chicken or the egg.

Though no one can say for sure exactly when the scales tipped in favor of online gambling or what its precise future may be, what is clear is that it shows no signs of slowing. Varying government online gambling laws and regulatory policies are keeping the industry on its toes, but culture, history and man's longstanding penchant for taking risk will be the real deciding factors in whether the industry goes boom or bust. For now, at least, the future for operators, developers and players looks bright.