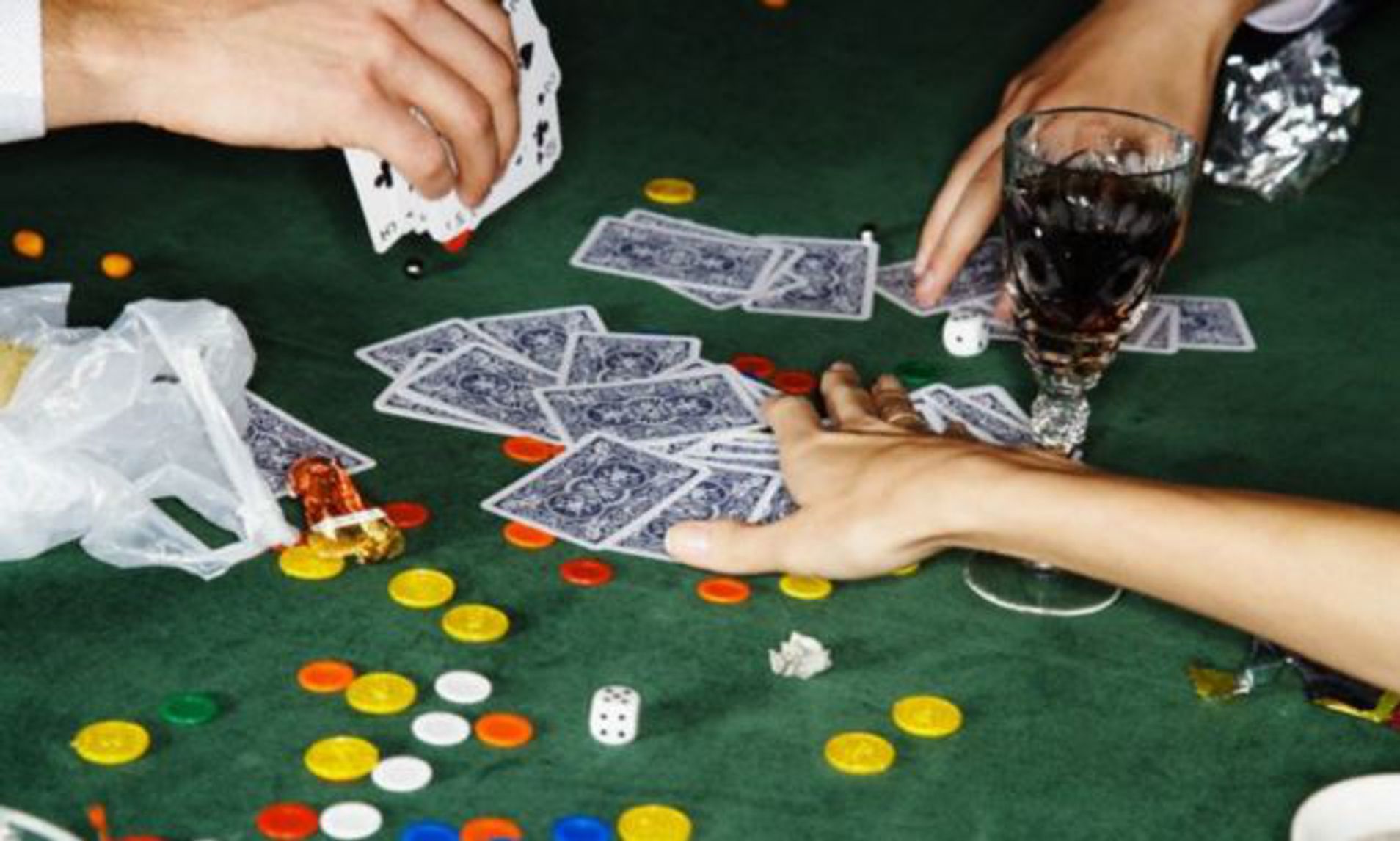 What makes people gamble? It's a simple question, with a less than simple answer. What motivates gamblers? Is it a learned behavior? An addiction? Are there some cultures that gamble and others that don't? And is there a “gambling gene” that makes some more likely to derive pleasure from gambling than others?

The last article in our series on gambling trends – “The World's Biggest Gamblers by Country” – looked at the breakdown of gambling statistics across nations. We examined the propensity towards gambling of those countries whose populations spent the most on betting, and forecast the future of nations in emerging gambling markets.

In this article, the fifth in the series, we attempt to explain why people gamble. Human psychology, fluctuations in economic conditions, an increased awareness of and interest in poker games and the intelligent design and strategic marketing of online games all play a role. Below, we explore each in order to understand when, how and why casino and online gambling have exploded in the last decade.

IS THE HUMAN PSYCHE CONDITIONED TO GAMBLE?
Many believe that the propensity towards gambling is an inherent part of the human psyche. At the core of this theory are four explanations, each described below.

Risk Instinct
In the early 20th century, American sociologist W.I. Thomas claimed that a predilection towards risk was fundamental to human development. He argued that the gambling instinct “is born in all normal persons. It is one expression of a powerful reflex, fixed far back in animal experience. The instinct is, in itself, right and indispensable.”

The War With Luck
Experienced gamblers insist that their success at gambling has nothing to do with luck. According to David Sklansky, author of “The Theory of Poker” and widely considered the game's foremost authority, “expert players do not rely on luck. They are at war with luck. They use their skills to minimize luck as much as possible.”

The concept here is that poker – generally considered a game of strategy – is like life. Bad cards can happen to anyone. They are evenly distributed. The difference between those who win and those who don't is skill. Skilled players are in a constant battle to outwit luck; to take advantage of good luck when they have it and get out of the way when they don't.

Unlike poker, non-strategic games like lotteries, roulette and slot machines are predicated almost entirely on luck. The fight to overcome it, however, remains the same: the odds of winning the jackpot in Mega Millions, America’s biggest lottery, is approximately one in 176 million; EuroMillions puts odds at one in 76 million; and roulette players will hit their number an average of once per 37 attempts. Despite these seemingly insurmountable odds, bettors continue to play, and often correlate their success or failure at gambling to their success or failure in life.

The Need for Control Over One's Destiny
Man's need to control his environment is similar to the above mentioned theory of being “at war with luck.” Gambling’s prolific and longstanding appeal can be at least partly explained by his desire to impose order on an otherwise chaotic world. Attributing a positive or negative result to divine intervention is much more comforting than accepting the indifference of statistical probability. Psychologist Clemens France linked gambling with faith. Both, he said, expressed a need for reassurance, order and salvation.

Science
The theory as to whether a “gambling gene” exists is an ongoing debate. No conclusive answer has yet been found. However, several studies have linked gambling with certain biochemical responses. In 1989, pyschiatrist Alec Roy found that chronic gamblers displayed low levels of norepinephrine, a chemical secreted by the brain at times of stress and/or excitement. More recently, Henry Chase and Luke Clark at Cambridge University's Behavioural and Clinical Neuroscience Institute found that near misses and wins in gambling produce similar biochemical responses in the brain.

DIFFICULT ECONOMIC TIMES
The below graph shows global gaming revenue since 1998 and represents the contribution of online gambling as a percent of the total. Though it is difficult to say whether the global economic crisis that began in 2007 played a role in gambling's increase – at least based simply on the information in this graph – it is clear that gambling is on the rise.

However, proof of the relationship between gambling's growth and a decline in economic strength can be found elsewhere. Lotteries, it has been found, gain popularity in tough times. A 2009 study conducted by British think tank Theos, concluded that poor Britons spend a larger portion of their income on lottery tickets, namely scratch cards, than rich ones.

THE LONG ARM OF POKER
“The Moneymaker Effect”, sparked by unknown internet phenom Chris Moneymaker's 2003 WSOP Main Event win, ushered in a new era in poker. Until then, the game had been confined to a relatively small and specific community. In the years since, its popularity has exploded. The World Poker Tour is now broadcast in more than 150 countries with a viewership of roughly 400 million. The European Championship of Online Poker, hosted by Titan Pooker, awarded nearly $6 million in prizes at last year's contest and the site boasts an average 30,000 simultaneous players.

Television and the internet are the two engines driving this poker craze. The WSOP has been broadcast since 1978, but until recently its coverage, consisting of two cameras and a commentator announcing what viewers could see for themselves, was hardly electrifying.

That changed in 2003, when the WPT took a page from the book of British poker program “Late Night Poker.” The WPT showed each player's cards, thus providing the audience with a bird's eye view of the action. WPT producers also edited the program, incorporating a showdown wherein players bet against each other straight to the end and the winner was determined only after all the cards were revealed and hands compared. In reality, this rarely happens. But it makes for thrilling television.

This, combined with enhanced technology and a rapid growth in the number of online poker sites, gave poker the push that it needed to go from Friday night home game to global pastime.

INTELLIGENT GAME DESIGN & STRATEGIC MARKETING
Online casino operators and gambling software developers were quick to respond to the rapid rise of internet gaming's popularity, and have contributed to its growth in a number of ways. Among these are providing greater accessibility to games, offering more diverse betting options and moving towards faster play, bigger jackpots and more exciting machines.

Accessibility
The most formidable survey of gambling habits in Australia included more than 6500 participants and found that 50 percent of them had started gambling in the past six years. Sally Gainsbury, the study's lead researcher, attributed its findings to the fact that machines were highly accessible and convenient – both those placed in pubs, bars and other public areas and those games available online.

In America, Britain and Australia slot machines (aka fruit machines and pokies) account for more than one-fifth of the worldwide gambling market. America takes in an average $1 billion a day in slots revenues. As the availability of technology increases, researchers expect these numbers to increase exponentially.

More Diverse Betting Options
Researchers are also predicting that global online gambling sales will rise as the bets on offer become more diverse. Revenues attributed to slots, scratch cards and number draws will rise as the availability of online and mobile technology, a small but increasingly important business, grows.

Moving Towards Faster Play, Bigger Jackpots and More Exciting Machines
The move towards faster, bigger and better games and payouts has had tremendous effect on the gambling industry. Casino operators recognize that players seek not just wins, but thrills and familiarity.

Video slots now allow gamblers to wager on as many as 100 lines at a time, thus increasing the frequency of small payouts and making the experience more rewarding. Progressive jackpots are now substantially larger than they were ten years ago and often begin with a base jackpot of $1 million or more. There are also a number of themed slots. Some of the most popular are Playtech's Marvel Slots series. Here, players enjoy the familiarity of their favorite comic book or movie and have the feeling that they are a part of its plot.

WHY DO GAMBLERS GAMBLE? – SUMMARY
The above reasons all help explain why gamblers bet, and why the online gambling industry has experienced such phenomenal growth over the last ten years. A number of factors, including a psychological and biological predilection towards risk, economic instability, the spread of poker's popularity and enhanced game design and marketing, combine to determine who is likely to gamble and who is not.

Are you a gambler? If so, do you agree with the above criteria? Science and research seem to think they have the answer to the question “Why do people gamble?” The answer, however, likely lives, much like gambling itself, in the grey.