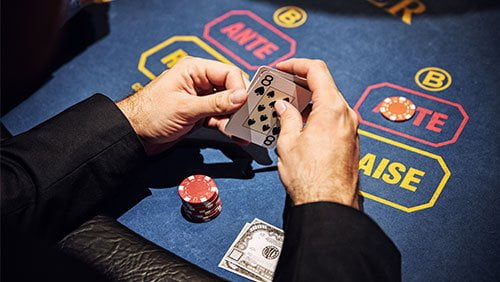 A lot has been made of PokerStars’ recent acquisition of Full Tilt Poker, with industry insiders lauding the DoJ deal as Full Tilt’s saving grace and a clear victory for Full Tilt players whose funds have been on lockdown since the site was shut down more than a year ago.

The same cannot be said of the settlement of the civil case against CEREUS Network sites, Absolute Poker and UB.com, both of which were also shut down on Black Friday but neither of which received nearly as much press coverage as PokerStars and Full Tilt in its aftermath.

In keeping with history, The Absolute Poker and UB.com civil case was quietly resolved earlier this month amidst the fervor surrounding the DoJ/PokerStars deal. On August 7, the Kahnawake Gaming Commission (KGC) – licensing authority of both Absolute Poker and UB.com under the parent company of Blanca Games – announced that the DoJ had reached a settlement with Blanca Games pending court approval.

As part of the settlement, Absolute Poker agreed to forfeit all of its assets to the DOJ in exchange for the dismissal of all claims. These assets include company funds, hardware, software and all other “intellectual property” maintained by the CEREUS Network. Of the latter group of assets, the CEREUS Network database is both the most significant and the most time sensitive.

According to Preet Bharara, U.S. Attorney for the Southern District of New York, the CEREUS database will “likely decrease in value” if it is not sold quickly. Another U.S. government official seconded Bharara’s concern, saying: “If liquidation of Absolute Poker’s assets is blocked at this time, these intangible assets will continue to deteriorate in value.”

All of the above may sound like good news for CEREUS Network players left holding the bag on Black Friday. ‘Finally,’ you might be thinking, ‘we/they/I will get my money back.”

But don’t break out the champagne yet. The KGC statement included the below clause:

“There will be no distribution of the net proceeds from the liquidation pending the resolution of claims filed by other parties who have asserted an ownership interest in Blanca’s assets.”

Translation: If you’re a player, get in line behind the many other individuals, investment groups, government agencies, businesses and corporations seeking reimbursement from Absolute Poker and UB.com.

The KGC statement elaborated on the above by saying that “the court will provide a process for players to make claims against those assets” only if there are funds left after the initial corporate reimbursements. Adding insult to injury, the KGC then offered players what is, thus far, their only means of recourse – the phone number for the general victim information hotline at the U.S. Attorney’s Office (866-874-8900, in case you’re interested). We’re not sure whether we should laugh or cry.

This song is quite different than the one the KGC was singing last October, when it issued a press release announcing that Blanca Games had proposed a process for liquidating its assets and distributing the proceeds to players.

But a lot has happened since then. In December of 2011 Brent Beckley, Absolute Poker co-founder, pled guilty to conspiracy charges stemming from the Black Friday indictments, admitting that “it was illegal to accept credit cards so that customers could gamble on the internet” and stating that he “knew that it was illegal to deceive the banks.” Four weeks ago Beckley was sentenced to 14 months in jail.

On June 2, 2012, the gaming license held by Absolute’s parent company, Blanca Games, expired – a fact that the KGC, in its August 7 statement, was also quick to point out – and was not renewed.

And finally, it’s important to note that even if player repayment was a priority, it has been 16 months since Absolute Poker closed its doors. Where would the traffic come from if it reopened and exactly what assets are left? A few promotional pens and dice-shaped paperweights with the AP logo? Cute but utterly worthless.

While justice is at last being served to the operators and owners of sites that broke the law and the public’s trust – think Ray Bitar and Brent Beckley – one wonders if players, the real victims in all of this, will ever get their own justice. Negotiations between PokerStars and the DoJ suggested that repaying Full Tilt players was/is a top priority. Unfortunately, in the case of Absolute Poker and UB.com, no knight in shining PokerStars armor has yet come forth to save the day.