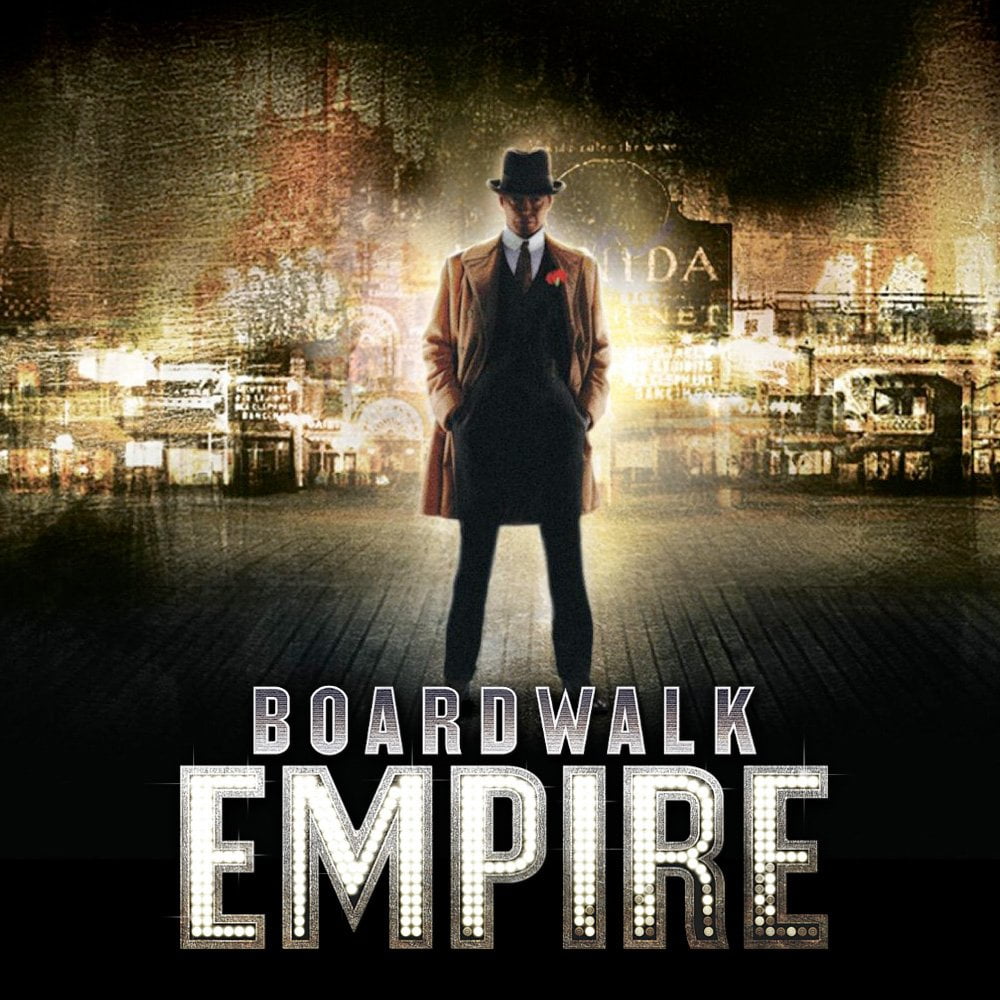 When it comes to gambling cities, none was seedier, sexier or more corrupt than Atlantic City in the 1920’s. In Boardwalk Empire, the latest series from U.S. cable TV hitmaker HBO, we learn why.

A weekly drama produced by Martin Scorsese, Boardwalk Empire chronicles rough and tumble life in Atlantic City during the Prohibition era. It centers on Enoch “Nucky” Thompson, a fixer/mob boss who is also A.C.’s Sheriff and County Treasurer, and his racketeering and political exploits. Played by Steve Buscemi, Nucky mobilizes voters to keep the local Republican machine in power and runs nearly all of the town’s commercial enterprises, legal and illegal.

Terence Winter, who won an Emmy for his work on another HBO hit, The Sopranos, penned the script. Oscar winner Martin Scorsese directed the pilot, which according to industry insiders, cost an estimated $18 million to make. The two co-produced.

The show is inspired by Nelson Johnson’s book of the same name; specifically, a chapter within the book about Enoch “Nucky” Johnson, the real-life ruler of Atlantic City during Prohibition and the basis for Buscemi’s character.
Says Winter, “The book was really just a jumping-off point for us.”
The series begins on the day alcohol consumption and sale is made illegal – January 16, 1920 – and features expert performances by an accomplished cast that includes Dabney Coleman, Michael Pitt, Kelly Macdonald and Gretchen Mol. The pilot introduces Nucky and his cronies, as well as young, pre-notoriety versions of Arnold Rothstein, Lucky Luciano and Al Capone, whom Scorsese calls “gangster toddlers.”

Those involved in the project say one of the biggest obstacles to shooting the series was finding a location. Notes Production Designer Bob Shaw, “The boardwalk was the first thing we focused on. And the first thing was, where are we gonna’ do it?” The ideal situation would be shooting on the actual boardwalk in Atlantic City, but as Scorsese points out, “There are hardly any remnants of Atlantic City now. The original one.”
The boardwalk that refined millinery shops, tarot card and tea leaf readers, and glamorous hotspots like Babette’s once called home is now a tourist destination, fun in its own right, but hardly A.C. in its heyday. Hot dog stands have replaced mom and pop shops and the hand-painted billboards that once dotted the skyline are absent in favor of neon signs advertising Beyonce concerts at the Trump Taj Mahal.
Instead, the show’s crew spent three months building a 300-foot boardwalk that features period-perfect renditions of storefronts and seaside attractions on an empty lot in Greenpoint, Brooklyn. Says Scorsese: “We were guided by photographs of the period, postcards.”
The faux-boardwalk in Greenpoint re-created shops, storefronts and cars, but the skylines, piers, beaches and billboards were rendered by Brooklyn's Brainstorm Digital. The company employed the latest graphic software to create three dimensional models of visual elements like hotels and mansions that could be rotated and repositioned to allow for shots outside the scope of standard fixed camera angles. The combined effect of the physically reconstructed boardwalk and the digital effects is striking cinematography and a realism not often seen in period pieces (and almost never seen on television).

Costuming is another key aspect of the show. Says the show’s Costume Designer John Dunn, “I limited myself to the fabrics of 1920…a couple of times I had woolens manufactured for suiting because I couldn't find exactly what it was that I wanted.”
Ensembles range from the threadbare – those worn by the pregnant and down-on-her-luck Margaret (Kelly Macdonald), whom Nucky befriends after she is severely beaten by her alcoholic husband – to the ornate, as seen on Lucy (Paz de la Huerta), Nucky’s volatile mistress and former Ziegfield Follies girl. Clothing distinguishes the male characters as well, from working-class thugs to gangsters in training. Nucky and company are dapper in bespoke pinstriped suits, while immigrants and the lesser-off wear rumpled linen trousers rolled at the ankles and held up by limp leather belts.
Before designing the costumes, Dunn developed the feel for each of the characters: “[Marty and Terry Winters and I] all wanted it to be very, very accurate and specific to the period.”

When it comes to summarizing Boardwalk Empire, accurate is exactly the word that comes to mind: the dialogue, the performances, the set, the costumes. All work in effortless tandem and are executed with the spot-on perfection of a big budget, Oscar-worthy Hollywood film. But it’s the characters – their ticks, their shortcomings, their hedonism and their humanity – that make the show truly spectacular.  1920’s Atlantic City was more than just the best of gambling cities, it was home to some of the most compelling characters of the era. Says Nelson Johnson, the story is about “greed, corruption [and] what happens when everything you’ve ever wanted is at your feet.” Boardwalk Empire reveals what happens in delightful, criminal splendor.