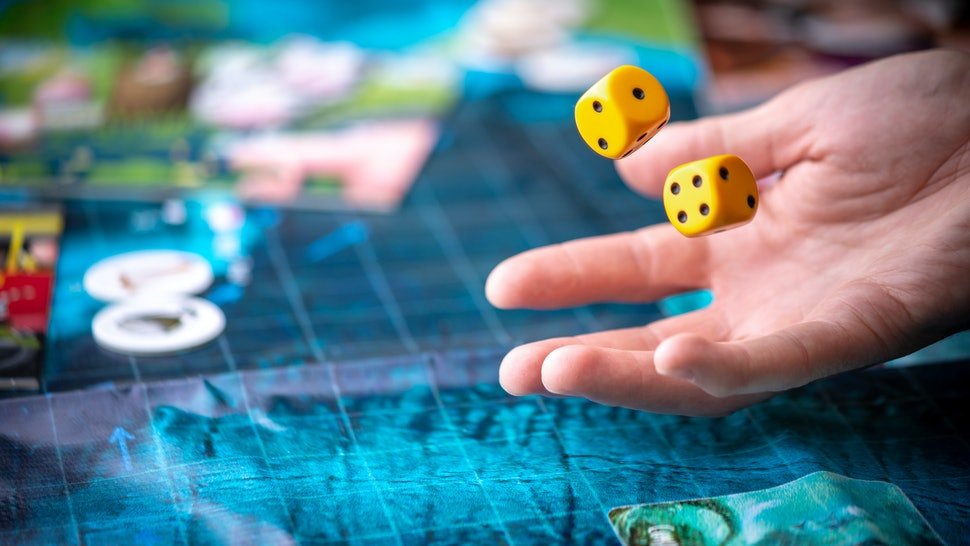 Dice games are among the most entertaining and easy to learn forms of gambling. They are also among the oldest. Archaeologists have found evidence of dice made from bone and ivory in early human settlements. Cultures on every continent have developed their own dice games throughout human history.

Today, some of the most prevalent forms of gaming, both in private homes and luxurious casinos, involve a toss of the dice.

Below are Gambling City’s picks for the five must-play dice games. Enjoy!

Craps is by far the most popular casino dice game. The game of craps evolved from “Hazard”, a dice game played in England during the eighteenth and nineteenth centuries. The game was also popular among French nobles, who brought it to New Orleans in the early 1800s. As with many modern casino games, the popularity of craps spread from New Orleans to other gambling hotspots, such as the Mississippi riverboats, then onto Atlantic City and Las Vegas in the mid-twentieth century.

In craps, players roll two dice across a long felt-topped table. The first roll a player makes is known as the “come-out” roll. If a player bets on the “pass line” and rolls a seven or eleven on the come-out roll, he wins. He loses the pass line bet if he rolls a two, three or twelve. Any other number is called the “point” and labeled on the table. If the player rolls the point number again before he rolls a seven, he wins.

Tripps (also called “Threes”) is a popular dice game often played at parties and in homes. The true origins of the game are unknown, but some accounts have tied it to players passing the time while using or waiting to use illegal drugs.

Despite its name, Tripps is played with five dice, not three. Before each round, all players post an ante bet. Everyone then takes a turn at rolling all five dice. The goal is to roll the lowest possible score.

Whereas all other numbers rolled count at their face value, threes are valued at 0. Hence, five threes (3-3-3-3-3) is the best possible roll. If a player gets five threes on the first roll, he wins and a new round starts.

A player can also automatically win if he rolls five sixes (6-6-6-6-6). If a player lands this lucky roll, which is called “shooting the moon”, he wins all bets and a new round commences.

Where no one scores five threes or “shoots the moon” in the first round, players remove the dice showing the numbers they’d like to keep from their first roll, and begin another round. Players must keep at least one dice per round, but can keep as many as all of them if they wish. Once a dice has been selected as a keeper, it cannot be reinstated. Its value is set and will be added to the player’s other dice values to determine his total score.  This selection and removal of desired dice continues until every player is either satisfied with his score or has no more dice to remove.

In the case of a tie, all players involved in the tie score place another ante bet and play another round. The winner of that round wins the pot.

Although the dice game Cee-lo has origins that date back to ancient China, the game became very popular in American urban areas in recent years. Thomas DeCarlo Callaway, a rapper from Atlanta, Georgia enjoyed the game so much, he used it as part of his stage name, “Cee Lo Green.”

Sic Bo is another dice game with ties to ancient China.  Although the words “sic bo” translate to “dice pair”, the game actually uses three dice instead of two. Sic Bo has also sprung up in a number of online casinos, as well as land-based casinos in Macau, the Philippines and other parts of Asia.

Although Sic Bo uses dice, the betting layout bears a closer resemblance to roulette than to craps. Players can place even-money bets on “odd/even” results or “high/low” totals. The higher payouts come with the bets on “triples”. A bet on a specific triple (e.g. 4-4-4) pays either 150 to 1 (in Macau) or 180 to 1 (in US/UK). While the payouts are bigger on “triples” bets, the house edge on these bets is staggering (up to 30% in Macau).

The English game of “Eight Dice Cloth” evolved into the popular American game “Bunco” during the mid-nineteenth century. The story goes that a professional gambler taught players the rules of the game as he traveled from the US East Coast to San Francisco during the Gold Rush. The game became a fixture of ladies’ social events in the early twentieth century, which carried over into the Prohibition-era “speakeasies” as a gambling game.

Players use three dice to play, along with a tally sheet and pencil to record the scores. Each player plays six rounds and places an ante bet before each round. The number of the round signifies the desired number on the dice.

For instance, a player that rolls 1-2-5 in the first round earns one point (for the “1”). The same roll would earn two points in the second round (for the “2”), five points for the fifth round (for the “5”) and no points for any other round.   The player with the highest score at the end of each round wins the ante bets for that round.