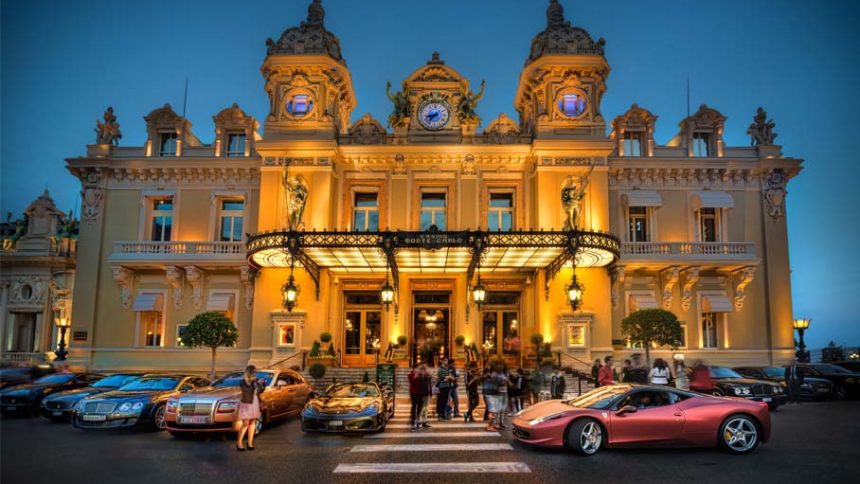 Whether a high roller or a casual bettor, nearly all gambling fans agree that there is no place on earth they would more like to visit or return to than Monte Carlo. Casinos in Monte Carlo are like none other. There are no cheap hustlers or distracting sound effects. Instead, the mood is understated and the focus is on casino games.

A Very Brief History of Monaco before Gambling

To understand gambling in Monaco – its roots, its history, its significance and its allure – it is first necessary to know a little about Monaco itself. Without knowing the reasons why Monaco endeavored to become the best of international gambling cities, it’s difficult to understand how (and we know you didn’t come here for a history lesson, so we’ll keep it short and give you the highlights in bullet points).

In an attempt to generate much needed wealth, Monaco’s Prince Charles III issued a concession to build a casino in a region called La Condamine. Gambling had been legal in Monaco since 1854. Unfortunately, the new casino was not successful, and after several relocations, its concession was sold to a wealthy European casino owner named François Blanc.

At the time, the casino was located in a region of Monaco known as “Les Spelegures” (“Den of Thieves”). Blanc asserted that the connotation did nothing for the casino’s image and insisted the name of the region be changed. Prince Charles III obliged and, in so doing, created his own legacy. Monte Carlo, or the “Mountain of Charles”, was born.

The construction of the renewed and renamed Le Grand Casino de Monte Carlo began in 1858. It opened three years later, shortly after Sardinia ceded Monaco to France. Work on a railway that would connect Monte Carlo to other Coastal European cities began in earnest, and the frequency and size of steamers travelling between Nice, Genoa and Monte Carlo increased.

Le Grand Casino was responsible for more than a boom in Monaco’s economy; it was responsible for its complete turnabout. In the years following its opening, both the Oceanographic Museum and the Monte Carlo Opera House were opened, 46 hotels were built, and the number of jewelers working in the region increased by nearly 500%.
Ironically, though Monaco's population benefitted from the casino's construction, none were nor are allowed to gamble in it. Gambling in Monaco casinos is illegal for all of the principality's citizens.
In 1898, the Société des Bains de Mer (SBM) took over operations of the casino’s concession. SBM is a company owned by the principality and charged with overseeing its most distinctive assets.

Today, Monte Carlo boasts five casino facilities. Each has its own distinctive flavor, from sophisticated to sporty. None, however, is anything less than extraordinary.

As earlier stated, the renewed and renamed Le Grand Casino de Monte Carlo was opened in 1861. It was designed by architect Charles Garnier, the man also responsible for the Paris Opéra House. The casino centers on an atrium surrounded by 28 onyx columns.

There are three rooms with a total 316 gaming machines and 35 tables.

In the salon Privés, guests will find European Roulette, Chemin de Fer, Blackjack and Punto Banco. They will also be charged an additional 10€ fee to enter.  The Salle des Amériques hosts Blackjack, Craps and American roulette games. The ‘Les Super Privés’ is a salon whose entrance is by invitation only.

The salons feature high ceilings, elegant tapestries and moldings, glass chandeliers and, according to some travel website reviewers, a “somber atmosphere.”

Some of those same travel website reviewers say casual attire is acceptable in the casino. We strongly disagree. Remember: this is your 007 moment. Bond drank ‘em “shaken not stirred” in Le Grand Casino TWICE (Golden Eye in 1955 and Never Say Never Again in1983). Do you really want to be sporting khaki shorts and a bermuda shirt here?
One last mention of note: Le Grand Casino de Monte Carlo is also part of pop music lore. It’s the setting for “The Man Who Broke the Bank at Monte Carlo,” a popular song about roulette player and con man, Charles Deville Wells. In 1891, Wells turned $400 into $40,000 – an immense sum of money at the time – over three days.

Built in 1864, the renowned Paris Casino now hosts 15 table games and an astounding 1,200 slot machine and video poker games. It features three exceptional restaurants: le Grill, le Côté Jardin, and le Louis XV. The latter is one of many three star Michelin-rated restaurants whose owner and executive chef is the renowned Alain Ducasse.

In addition to the exceptional food and gaming at the Paris Casino, the wine cellars beneath its well-carpeted floors are among the most capacious in the world. They house over half a million bottles of vintage wines – some more than two centuries old – that are stored in 1500 meters of wine wine racks. During World War II, the cellars were barricaded in order to keep German soldiers from pilfering.

In addition to all if the above, it also boasts two unique features: it was the first of the Monte Carlo casinos to introduce bets starting at one centime of a euro, and its 145 slot machines are all equipped with “Ticket in/ Ticket out” (TITO) technology. TITO machines utilize a built-in barcode scanner, a thermal ticket printer in place of a coin hopper, and a network interface to communicate with a centralized system for tracking tickets. Though popular in the U.S., the technology is unique in Southern Europe.

This exciting casino is the seasonal complement to the Monte Carlo Bay Casino. It is open in summer only, from early July to the end of August. Situated on 5.5 hectares of the Larvotto peninsula, the casino hosts 62 gaming machines and 24 table games, including English & American Roulette, Chemin de Fer, Punto Banco, 30/40, Banque à Deux Tableaux, Craps, Blackjack, Slots.

Last but not least is the Sun Casino, located in the Monte Carlo Grand Hotel. Its 450 gaming machines and 27 table games include American Roulette, Craps, Slots, and several Poker and Blackjack variations.