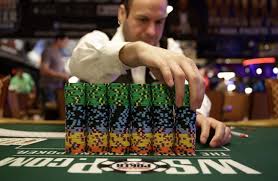 Mike Lee of Vancouver Island, Canada, has filed a suit against the British Columbia Lottery Corporation. Mr. Lee claims that he should be entitled to a C$42,500 (US$41,319) jackpot he won at the Chances Cowichan Casino, despite the fact that he signed an agreement in 2007 defining himself to be a “self-excluded” gambler.

In an effort to combat gambling addiction, the BCLC instituted the Voluntary Self-Exclusion Program, where problem gamblers who recognized their problems could sign up and be barred from entering the province’s casinos. Under the program, players who win jackpots will automatically have their winnings transferred to fund programs to help other problem gamblers.

Mr. Lee’s attorney, Joshua Weiszner, said that other area casinos had allowed his client to gamble and keep his winnings. Mr. Weiszner claims it was only after his client won such a sizeable jackpot that the BCLC stepped in and claimed the prize under the program.

Mr. Weiszner also said that the agreement did not mention that participants would forfeit their winnings. The BCLC put the forfeiture rule in place in April 2009, nearly two years after Mr. Lee signed the agreement. Mr. Weiszner claims that Mr. Lee was never informed of the change after he joined the program.

The BCLC is also facing another lawsuit from a program participant. Joyce May Ross of Delta, BC, filed a suit against the company and two casinos for their failure to bar her entry. She is suing to get back the C$331,000 (US$322,00) she lost while under self-exclusion.