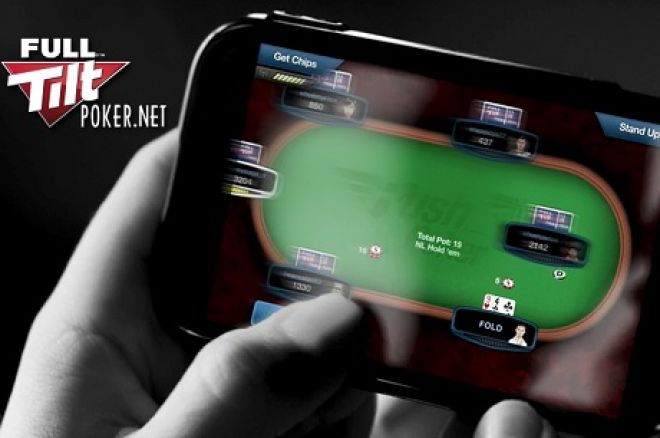 Android Market, the online store for applications on the smartphone operating system, has dropped Full Tilt Poker’s Rush Poker Mobile online poker application from its listings. Last Friday, the store claimed that the app was unavailable “due to maintenance”. However, a new ratings system for smartphone apps may be the true culprit.

The rules for the rating system state that any “simulated gambling” application should be rated “Teen” or higher. The rules also stated, “Real gambling is not allowed in Android Market”. Android users can no longer access the game through the Android Market store, but players who currently have the game will not be affected.
Also, players can download the game through other means. Players can scan the QC code on the Full Tilt Poker website, or download the software through the Android system’s built-in web browser. After the player downloads the game to the Android smartphone, he can create an account through the application to play the “play-money” games, but must use the standard software to make a deposit and play at the “real-money” tables.
The Rush Poker Mobile app allows players to play no-limit Texas Holdem cash games. However, instead of forcing a player to wait for the next hand after he folds, the software transports the player to a new table, with new opponents, and deals the next hand immediately. The game has been very popular on Full Tilt’s standard software and was expected to make a successful transition to the world of mobile phone applications.