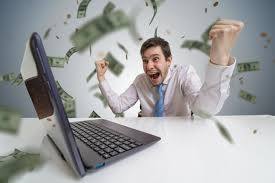 A portrait of the internet gambling world will soon be painted by Hollywood. Lay The Favorite, Take The Dog, a memoir by Beth Raymer that chronicles both the rise of internet betting in the late 1990’s and her own rise to the top of the online gambling heap, is being made into a movie by noted production company, Focus Films.

Raymer’s memoir tells of a thirtysomething cocktail waitress and an older group of math geeks who find a way to work the sports book system to their advantage. As a result, they become the biggest bookmakers in Las Vegas. The film adaptation will retain the same story line.

Some of the film’s cast is certain. Others remain in negotiations. Bruce Willis is signed on to play Dink, an out-of-luck professional gambler. Catherine Zeta-Jones may play Willis’ wife, and Justin Timberlake may play a Long Island bookie that runs an off-shore sports book.

At a recent Q&A, Director Steven Frears told reports that the film was in jeopardy of not getting made because the studio felt it needed more big names, or as Frears put it:  “more famous people in [it].”

Fortunately, things are looking up for the film’s Director, as some of Hollywood’s biggest names considering taking roles in it. Timberlake’s performances in critically acclaimed films like Alpha Dog and The Social Network have made him one of the most sought after talents in Hollywood, and Zeta-Jones, who won an Oscar for her performance in 2002’s Chicago but has been laying low in recent years, is poised to make a long-awaited comeback.

Should the two sign on to do the film, shooting will commence in April.