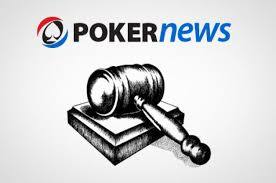 New Jersey Governor Chris Christie vetoed a bill that would have allowed his state to become the first to allow legal online gambling. The bill would have allowed New Jersey residents to play at a state-operated online casino. Christie cited “significant” issues with the bill’s legal language as one of the reasons behind his veto.
Many of the bill’s supporters said that legal online gambling would have resuscitated the state’s struggling economy, including the Atlantic City casino industry. They estimated that the creation of an online gaming site would have created 1,500 jobs and added more than US$35 million in annual tax revenues.
The primary legal issue Christie cited for his veto was that the proliferation of internet gambling would allow casino gaming to spread outside of Atlantic City. Voters passed a referendum in 1976 that restricted casino gaming to the seaside resort town. Christie said that the bill did not address the idea of another referendum to allow for statewide online gaming.
Roger Gros, publisher of Global Gaming Business, said that Caesars Entertainment, the largest casino conglomerate in the world, was “very much opposed” to the New Jersey legislation. Gros said that David Satz, a lobbyist for Caesars, was “instrumental” in persuading Governor Christie to veto the bill.
Several other states, including Florida, California and Iowa, are considering measures to legalize online gaming, either in the form of casino games or online poker. Also, federal lawmakers are again considering measures that would allow for legal online poker. The two main proponents of nationwide legal online poker, Rep. Barney Frank (D-MA) and Sen. Harry Reid (D-NV) also tried to similar bills past last year.