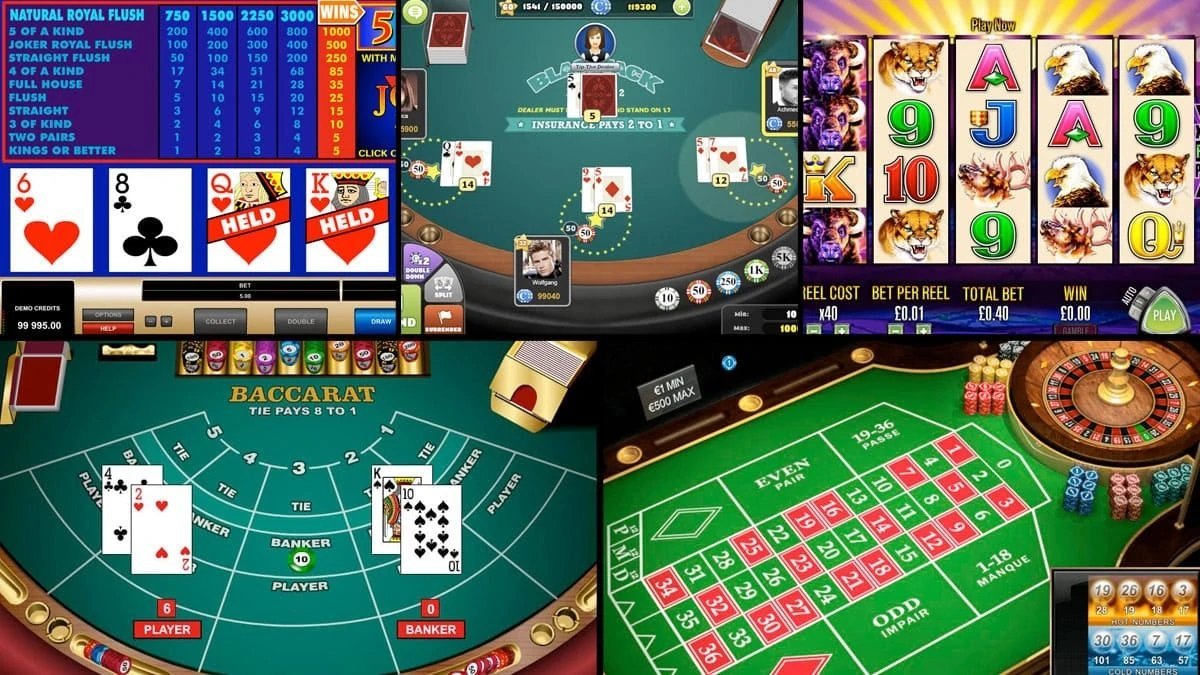 Welcome to the Gambling City Video Poker Glossary and Guide to Video Poker Terms! The below video poker definitions are intended to increase your understanding of what happens when you play video poker games, thereby increasing your odds of winning.

What is the difference between Jacks or Better video poker? Where does a video poker royal flush rank among hands? Which video poker games offer the best payouts? When can common poker terms be used as video poker slang?

The Gambling City video poker glossary answers these questions and more. Refer to these video poker definitions as a resource during play if you see an unfamiliar word or expression.

Ace-High: Describes a poker hand whose highest card is an ace; no pair or anything better.

Aces Full: A full house with 3 aces and another pair.

Bullet: Slang for an ace.

Bust: A hand that has nothing and is therefore not worth anything, even after changing cards.

Cowboy:  Slang for a king.

Draw Poker:  A poker game wherein you receive five cards, then may discard one or more of them to receive new cards in their place. Practically all video poker games are draw poker varieties of some sort.

Fill Up:  Building a full house.

Four Of A Kind: Four cards of the same rank.

Full House: Three cards of one value and two of another.

Full Pay Machine: Describes the machine with the highest payback table, also known as a “9/6” machine, because those video poker machines pay nine credits for a full house and six credits for a flush, when playing Jacks or Better video poker.

Hand:  Describes the five cards you have been dealt.

High Card: The hand card with the highest value.

High Pair: Any pair that will pay off, most commonly a pair of jacks or better.

Inside Straight:  An inside straight are four cards of a straight, missing an inside card. For example: 4, 5, 7, 8, and 9. This hand requires a 6 in order to complete the straight.

Jacks Or Better video poker: A popular variety of video poker. You must have at least a pair of jacks or higher to achieve a payoff.

Joker:  A special fifty-third card in a deck, used as a wild card.

Kicker: The highest unmatched card in a hand.

Knave: Slang for a jack.

Odds:  Your odds describe your chances of winning and losing.

One-Gap: The same as an inside straight.

Outside Straight:  Describes 4 cards of consecutive values that could become a straight, if you draw a card that fits to either end of the sequence.

Pat Hand: A starting hand good enough that you can hold all 5 cards and discard none.

Payoff Schedule: Describes a list or chart showing the winning combinations for a specific video poker machine and the payback for each combination.

Pocket Rockets:  A pair of aces.

Power Poker:  A version of video poker in which you are able to play several hands at once.

Progressive Video Poker:  Similar to an online slots progressive, this is a video poker machine constantly building a jackpot that is paid out only for a specific combination of cards.

Rank:  The value of a card.

Run:  Slang for a straight.

Set: Slang for three of a kind.

Straight:  Any five cards in sequence but not of the same suit.

Straight Flush: A straight flush describes a combination of any five consecutive cards of the same suit.

Suited:  All cards are of the same suit.

Three Of A Kind:  Three cards of the same rank.

Two Pair: Two cards of one rank and two cards of a different rank, plus a kicker.

Wild Card:  A wild card may substitute for any other card in the deck.

Apply the above video poker terms to your game and you’re sure to win!