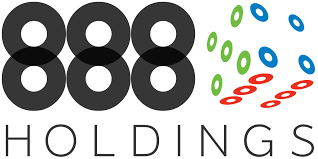 A spokesperson for pioneering online casino 888.com, recently announced that the site’s co-founder, Aaron Shaked, died January 2nd. He was 58 years old and had been battling illness for a number of years.

Shaked, a licensed dentist in his native Israel, created 888.com along with his brother Avi in 1997, after attending a dentistry conference in Monte Carlo in the early 1990’s. Noting the large volume of visitors to the gambling mecca, the two returned to Israel with a plan for launching an online casino.

Lacking knowledge of and experience in the gambling industry, the brothers traveled to the southern city of Eilat, Israel’s gambling tourism center, where they endeavored to learn about the business.   In 1995, the brothers mortgaged their homes in order to raise the capital needed to establish 888 Holdings. It quickly rose to fame as one of the first and most user-friendly betting destinations on the web.

By 2005, the company went public on the London Stock Exchange. The two brothers sold stocks worth $91.3 million, but retained a 70 percent share worth $267 million each.

There is no word yet as to how the company will proceed, though its future as a leading online casino is hardly in doubt.