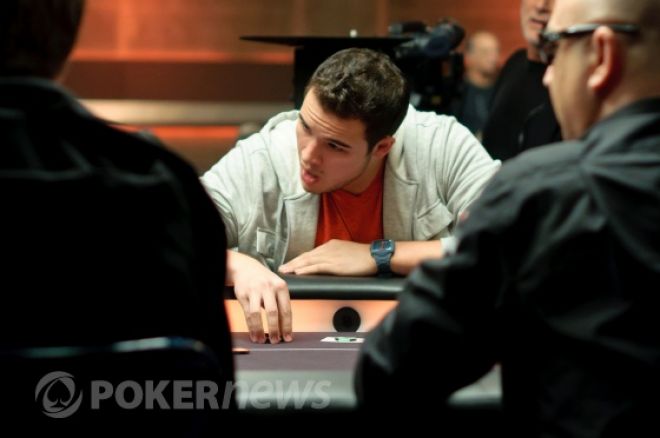 American poker pro Taylor von Kriegenbergh earned his first career title when won the World Poker Tour Seminole event early this morning. The young online poker hotshot won US$1.1 million, a championship bracelet and an entry into the US$25,000 buy-in no-limit Texas Holdem World Poker Tour Championship later this month.
Von Kriegenbergh led from the start of final-table play to go wire-to-wire for the victory. He started the final table with more than twice as many chips as his closest rival. However, the youngster’s victory was anything but an easy sprint. The final table took over 220 hands to complete, finally finishing at 4AM EDT Tuesday morning.
Veteran poker pro Tommy Vedes, who had won a WPT title in 2009, would reach the final table but would not add another title to his resume. He finished in sixth place and earned US$166,272. Allen Bari fell less than two-dozen hands later in fifth place to take home US$211,997.
Abbey Daniels, the only woman to reach the final table, was knocked out in fourth place when her ace-high hand failed to improve. She went home with US$286,819. More than four hours later, Justin Zaki ran out of luck and chips when he finished third and earned US$415,680.
Von Kriegenbergh faced Curt Kohlberg heads-up for the title. Kohlberg started the final table as the short stack, with just over 650,000 chips, but survived to fight for the title. However, he could not overcome Von Kriegenbergh’s six-to-one chip lead at the start of heads-up play. Kohlberg earned US$586,109 for second place.
Here are the complete final table results:
1: Taylor Von Kriegenbergh — $1,122,340
2: Curt Kohlberg — $586,109
3: Justin Zaki — $415,680
4: Abbey Daniels — $286,819
5: Allen Bari — $211,997
6: Tommy Vedes — $166,272