We all know how fun slot machines can be. There's just something super-satisfying and entertaining about these games, but did you realize you can actually win good money on them? They always feel like they're just there to make people waste money, but you can actually win big with your small coins on these machines, and these biggest ever slot winners have proved that with a little bit of luck, anyone can take home the jackpot!

Every time 71-year-old Amy Nishimura was on vacation from her home in Hawaii, she always played exactly the same slot machine at the Friedman Hotel in Las Vegas. She would apparently talk to the machine and encourage it to bring her luck. On one special day, she had been playing for over three hours with only a hundred bucks left in her purse. It was that day that her years of dedication finally paid off when her machine rewarded her tenacity with a huge jackpot win of $8.9 million. 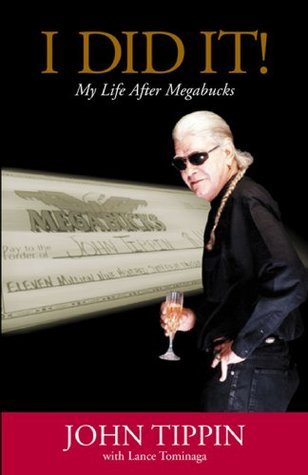 It's pretty difficult to feel sorry for John Tippin, even after he wrote a book called I Did It: My Life After Megabucks, which is all about the downside of becoming a multi-millionaire. The postal worker was on vacation in Las Vegas when he hit the Megabucks jackpot and won 11 million dollars. In his book, Tippin describes the isolation and paranoia he felt after winning, but it seems as though he remedied this by eventually losing every single cent of his winnings.

A woman who goes by the name of Mrs. A was staying at the Arya casino. She was on her way to her room when, on a whim, she decided to put the six dollars she had in her pocket into a slot machine. She stood and watched curiously at what she thought was a machine malfunction before her niece – who was just walking past – realized that the machine wasn't breaking down at all. In actual fact, Mrs. A had just hit the 12.7 million-dollar jackpot.

The 12th-largest win in slot machine history was achieved by a player at Las Vegas’ Rampart Casino in 2013. This player spent only 20 dollars on the Megabucks slot machine before winning the 14.3 million-dollar jackpot. Deciding to remain anonymous, this generous winner turned out to be quite the philanthropist and donated a large portion of their prize money to charity.

Next up is a woman who reiterates why we should always remember to spend our free credits in casinos. This lady, who was a Las Vegas resident, was playing a slot machine inside the M Casino Resort in Henderson. She needed a way to use up her free credits, so decided to hit the reels on the Megabucks slot machine. Even though she didn’t spend a single dime, she ended up raking in one of the biggest slot machine wins ever—a staggering $17.3 million. It just goes to show you really can win big at the casino without spending a cent!

Real-life slot machines are great, but that doesn't mean you should forget the online slots. A very lucky British soldier named John Hayward tried out the online slots once, and it's a pretty good thing he did as he hit the jackpot playing the Mega Moolah online slot. The player from Crew spent only 25 British pence (or about $0.30) before winning the giant sum of £13.2 million, which was worth about £20.8 million at the time.

We haven't even gotten to the biggest wins ever yet, so keep reading to find out how much slot machines are actually handing out!

Elmer Sherwin may be the luckiest player of the Megabucks jackpot ever. This World War II veteran found himself winning the jackpot of $4.6 million just 10 hours after the Mirage first opened to the public. He used his winnings to travel and see the world, and he even continued to hit the slots a few times a week after his big win, hoping to be the world’s first second-time slots winner. 16 years later, in 2005, he was playing the Megabucks slot again at the Cannery Casino and Hotel when he hit the jackpot for a second time, scooping up a massive $21.1 million this time around. The lucky two-time winner donated a large amount of his money to charity, including to the victims of Hurricane Katrina.

Back in June of 1999, a successful business consultant who was vacationing in Vegas headed out to one of the most famous casinos in the world, Caesar's Palace. This 49-year-old business consultant, known only as Mr Y, put just ten dollars into the coin slot of the Megabucks machine and instantly transformed it into $21.3 million. This must have been the best vacation ever!

One fine morning, a Californian woman woke up feeling a little hungry and decided to treat herself to breakfast. She headed out to Bally's, Las Vegas, and along the way, the 74-year- old gave into a different temptation when she passed, yep, you guessed it, the Megabucks machine. She wasn't in a hurry, so she stopped playing and put about $170 into the machine. Suddenly, Johanna’s world was turned upside down when she realized she had just won the 2 million-dollar jackpot. Much to her surprise, however, she had actually won $22.6 million. Imagine your life changing like that, all before you’d even had the chance to eat breakfast.

In 2013, a lucky guy from Finland won big by spinning the reels of NetEnt’s famous online Mega Fortune slot online. The Fin had only to spend 29 cents and won a jackpot of 17.8 million euros, which was worth around $23.6 million back in 2013.

A woman in her 60s was at the Palace Station Hotel when she won $680,000 on the Wheel of Fortune slot machine. That's a lot of money to be taking home as it is, but this lucky lady, who preferred to remain anonymous, decided she wanted to use it to keep playing the Vegas machines. Within a few months, she managed to turn those several thousands of dollars into an even bigger win of more than $27 million on the Megabucks slot machine.

In 1998, a 65-year-old retired flight attendant living in Las Vegas decided to go and spend a hundred dollars playing the Megabucks slot machine, also at the Palace Station Casino. But, she still had no success after using up every last dollar of her hundred bucks, so she probably thought another hundred couldn't hurt, and kept playing. When she was also unsuccessful this time around, she allowed herself one last try with another hundred. This could have been a very bad decision, but fortunately for the lucky retiree, she was rewarded with a jackpot of $27.5 million. At the time, she made history as the first-ever 20-million-dollar-plus winner of the Megabucks jackpot.

In 2000, just three years before someone else broke the record for the biggest jackpot in history, 37-year-old former cocktail waitress Cynthia J Brennan, held the title. She managed to win her jackpot in the Wynn Casino, formerly known as the Desert Inn, Las Vegas. Her jackpot was ginormous, coming in at $34.9 million at the time. Despite her massive fortune, she sustained serious injuries in a car accident only six weeks later after being hit by a drunk driver. Tragically, the accident left her paralyzed and killed her sister. This terrible event fueled the urban legend that bad fortune comes to those who win jackpots in Las Vegas.

Billionaires can also be lucky when it comes to gambling, and this Australian billionaire proved it. Carrie Packer was already known to embark on high-rolling adventures, but when he took a trip to Vegas in 1997, he somehow won between $20 and $40 million playing blackjack and baccarat. He is rumored to have been a particularly generous billionaire and apparently tipped his doorman $1 million dollars. Unfortunately, though, he should have quit while he was ahead because his luck ran out two years later when he lost $28 million in a London casino.

What would you do if you were told you had just won $42.9 million? That's exactly how much a woman was told she had won when she was playing at a casino in New York. Unfortunately, not all big wins are as lucky as they seem, as it turned out that even though she was promised nearly $43 million, the game's top award was just $6,500. The casino manager then went even further to say she hadn't even won that amount, and she was actually only entitled to a few cents. Despite taking legal action, she wasn’t able to win over the courts, or change the outcome.

The largest jackpot win in history happened at the Excalibur Casino, Las Vegas in 2003. An unknown 25-year-old software engineer from LA was waiting for a basketball game to start, and to pass the time, he decided to enter the casino and try his luck on the Megabucks slot machine. After spending only a hundred dollars, this lucky man left with an unbelievable 39.7 million-dollar win. The man’s name still remains a mystery, and that win of almost 40 million dollars has still never been beaten.