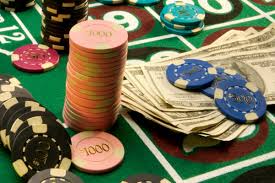 Atlantis and South Point are successful Nevada land casinos that fall under the protection of State Assembly Bill 258, which was passed by the 2011 Nevada Legislature and allows “resort” hotels in Washoe County with more than 200 rooms to operate online poker sites.

“We are very pleased to have received one of the first two Nevada Interactive Gaming Operator licenses issued. We are evaluating several interactive poker software providers and intend to partner with the provider that can offer the best quality product to our guests.”

It is as yet unclear when the Atlantis site will be launched.

“There are multiple steps,” said Farahi.

Representatives of South Point Poker LLC said their site could be accepting real-money bets as early as October.

Steve Harris, the lawyer assisting South Point in its licensing and development process, noted that the company's technology will have to pass several rounds of inspection before it can go live. However, the fact that South Point launched a free play poker site last year and is therefore already experienced in offering online poker options, will likely expedite that process.

The continued movement by the Nevada Gaming Commission towards legal online wagering is further evidence that the UIGEA, though an initially effective scare tactic, has done little to thwart the efforts of those in favor of licensed and regulated gaming.

With internet gaming pervasive throughout Europe and the potential value of a legal U.S. online poker market estimated at $5 billion, gaming industry experts say it is only a matter of time before Congress gives its approval.

According to Bill Eadington, a University of Nevada, Reno economist, “It could be two years or 10 years, but over time, the arguments for it get stronger.”