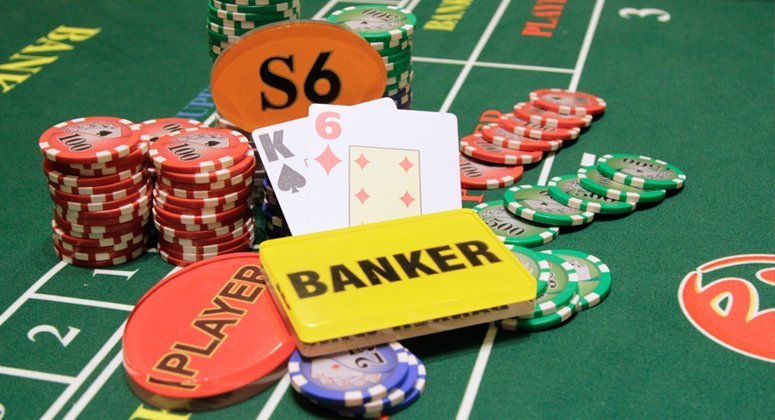 With three distinct variations of the game being played, each with their own unique baccarat history, it goes without saying that the baccarat origins are complex, multi-faceted, and difficult to pinpoint. To begin to understand the history of baccarat as a whole, a pervasive myth must first be debunked.

The baccarat myth most in need of dispelling is that the baccarat origins begin in France. While “baccarat” is indeed a French word, it is in fact derived from the Italian word “baccara”, which translates to “zero”; hence the explanation as to why the baccarat hand is the losing hand in all three baccarat variations (Chemin de Fer, Punto Banco, and Baccarat Banque).

The baccarat origins are most often traced back to 15th Century Italy and famed Italian gambler, Felix Falguerein. It is widely accepted that the first baccarat games were played with tarot cards instead of today's traditional 52-card deck (which itself is derived from the four suits of the tarot).

Within a decade of its appearance, the game spread to France. Not long after, it became popular in China. The history of baccarat in the U.S. is much shorter, as the game was slow to spread to North America. While Italy is given credit for designing the original game, the French would ultimately design the popular Baccarat Chemin de Fer and Baccarat Banque variations. These initially took hold among the higher classes and became a favorite among French nobles, but like many other future casino games baccarat quickly trickled down to the middle and even lower classes via illegal gambling saloons. Because of its similarity to Faro (experts speculate that the two games' influenced one another heavily), baccarat was also a quick hit among the British.

By the late 19th Century, French and English residents of the United States had spread the game throughout America. It was slow in gaining an audience, however, due partly to its near-simultaneous introduction alongside blackjack. Today, both land and online Blackjack are among America's favorite card games. Then, as now, Blackjack's rapid rise to popularity pushed baccarat into the shadows.

It wasn't until the 1950s that baccarat underwent its final transformation, and the modern history of baccarat began. Enterprising casino owners in Las Vegas reintroduced the game with a few new rules, and American Baccarat (aka Punto Banco) was born.

By the time baccarat had earned some recognition in the U.S., it was already a staple in the world-renowned casinos of the French Riviera. European players were reluctant to adopt Punto Banco rules, and Americans were likewise unaccustomed to the formality of Baccarat Banque or Chemin de Fer. For this reason, many online casinos offer two or sometimes all three of the variations. Thankfully, the three variations have enough similarities that most dedicated players can adopt and play any of them comfortably.

While Punto Banco marked the last major divergence in baccarat rules, American players would make one more significant contribution to baccarat history. Their aforementioned love of blackjack influenced the popular U.S. version of the game in many ways, the most significant of which was in the creation of mini-baccarat. While mini-baccarat is for all intents and purposes Punto Banco at a smaller table, it strips away the final formalities of the game by having a casino dealer handle all the cards.

The stripped-down mini-baccarat variation of the game came about out of necessity. Full baccarat tables are both expensive to play at and expensive to maintain. American casinos were not making enough profit on baccarat to justify the space its tables required. Mini-baccarat, true to its name, has lower minimums and requires less space, making it more appealing to both players and casinos. These days, mini-baccarat is the only variation of the game that you will find in most Las Vegas casinos.

Baccarat history is still being written. The internet has breathed new life into the game, attracting millions of new fans to virtual baccarat tables all over the web. No matter what your preference is—Baccarat Banque, Chemin de Fer or even Mini-Baccarat—you can find all the variations (and some up and coming new ones) online with only a quick search.