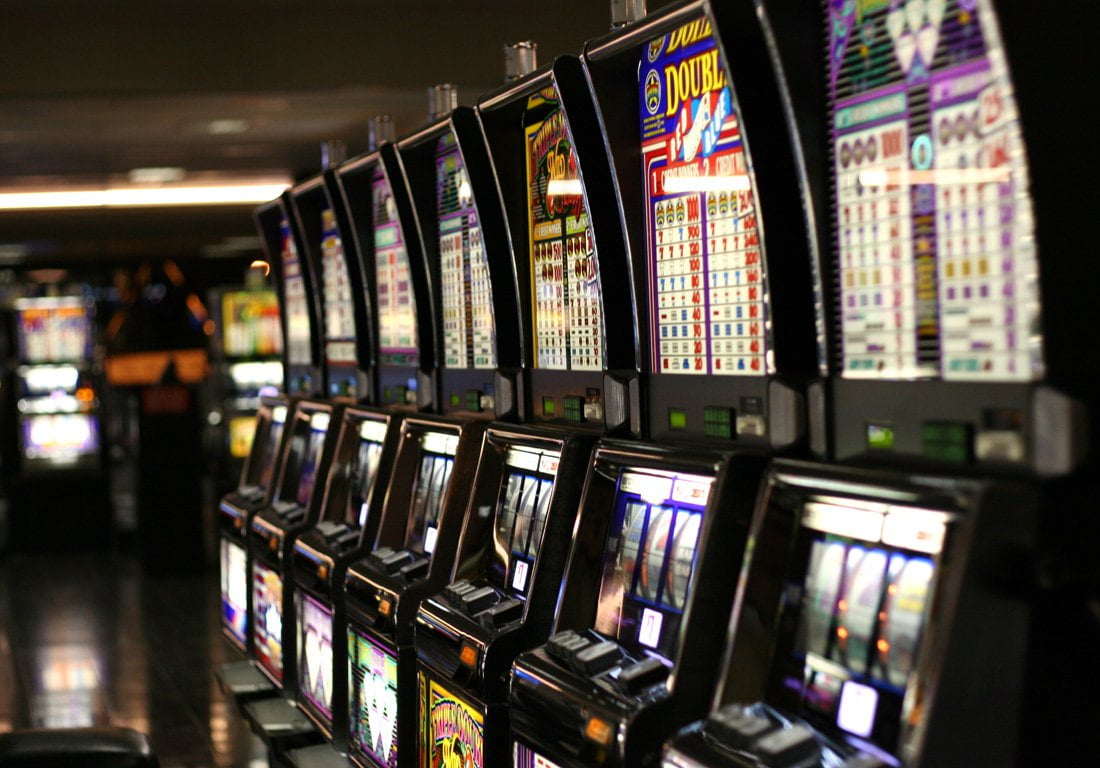 In 1887, a mechanic named Charles Fey made slots machine history when he developed the first slots machines capable of automated payouts.  His machine had three reels with five symbols on each: a horseshoe, a diamond, a heart, a spade and a “Liberty Bell” (which gave the machine its name).  Spins resulting in three Liberty Bells” won ten nickels.  Fey’s slots machines became so popular at local restaurants and bars that he could not keep up with the demand.

At around the same time, another inventor created a similar slots machine that dispensed gum and candy as prizes.  Instead of card suits, these machines used pictures of fruit (lemons, cherries and plums) as symbols.  While they were primarily used as promotional items for a local candy company, these machines also skirted anti-gambling laws by dispensing food rather than cash as prizes.

In the 1980s and ‘90s, these machines evolved into the video slots we see today in many casinos (closely related, of course, to casino and online video poker machines).  The advent of video slots launched a wave of popularity not previously seen in slot machine history.  In addition to their flashy graphics and digital sound effects, video slots  can also be adapted to pay out on multiple paylines, take various bet denominations and provide a wide variety of slot casino games, all in one unit.

In this new millennium, land and online slots no longer require the pull of a lever to start the reels spinning.  Now, the action can start with the click of a mouse.  Computer slots, like their land-based counterparts, provide the fun, excitement and ease of use that casino players crave.  In addition, many computer slots offer better payback percentages (portion of wagered money returned to players in payouts) than most real-world machines, bringing slot machine history into the twenty-first century.

My last piece of advice to the degenerate slot player who thinks he can beat the one-armed bandit consists of four little words: “It can't be done.” ~ John Scarne, gambling author

Every few seconds it changes – up an eighth, down an eighth -it's like playing a slot machine. I lose $20 million; I gain $20 million… ~ Ted Turner, founder of CNN, TBS and TNT cable television networks